Department of Computer Science and Engineering

The Department of Computer Science and Engineering was established in the year 2002 with the mission to educate students from all over India, including those from rural areas, so that they become enlightened individuals, improving living standard for their family, industry and society. The Department emphasizes close interactions between the students and the faculty members who are dedicated to education and actively engaged in participation that enriches the educational programs. INFOSYS CAMPUS CONNECT PROGRAM is one among the prominent industrial relation program maintained since few years.

The Department offers B.Tech and M.Tech programs in Computer Science and Engineering stream which includes:

B.Tech in Computer Science and Engineering

M.Tech in Computer Science and Engineering

Upon completion of the undergraduate studies, two options stay ahead of the students: find a job or pursue higher studies. They have lot of options to work in IT industry as Software Developers, Hardware Engineers, Software Testing, System Designer, System Analyst, Networking Engineers, Database Administrator, Security analyst, etc.

Work: Computer science placements are excellent because of the large service providers such as TCS, CTS, Wipro, Infosys, etc. They hire students in large numbers not just from computer science department but also from other departments such as chemical, civil, mechanical and electrical. Apart from software, internet and IT industry, there are other sectors such as data analytics, banking, oil and gas, manufacturing etc. that hires a lot of CS students for their IT needs. Also, Indian startup scene is growing rapidly and these companies are in need for smart and bright software fresher’s and professionals. Many computer science students who are interested in quantitative research, banking and finance join such firms.

The department has well equipped and maintained Air Conditioned Laboratories powered with efficiently configured computers that are equipped with various software’s and other tools relevant for the syllabus. Internet, Wi-Fi, and Laboratory facilities are available for staff and students round the clock. We are facilitated with all the programming languages like Python, C, C++, Java, HTML, PHP, etc. and also tools like digital forensic and cyber security related ones that are provided under the five labs namely Advanced System Software Lab, Advance Computing Lab, CASIT Lab, Web Technology Lab, Computing Lab and Cyber Security Lab along with the Net Lab that students use for their project and seminar related works. As per the syllabus of the university these labs function as:

53 students of the final year Computer Science and Engineering department is placed in various companies. Most of the students have received offer letters from more than 1 company that sums up a total of 62 offer letters till date. The number of students placed with the company name is listed below:

The research paper of our M.Tech student SaradhaSreekumar (2015-17 batch) titled “Comparative analysis of semantic knowledge-based techniques for understanding short texts” was published in IEEE forum through an International Conference on Innovations in Information, Embedded and Communication systems held at Karpagam College of Engineering, Coimbatore on 17th and 18th March, 2017. 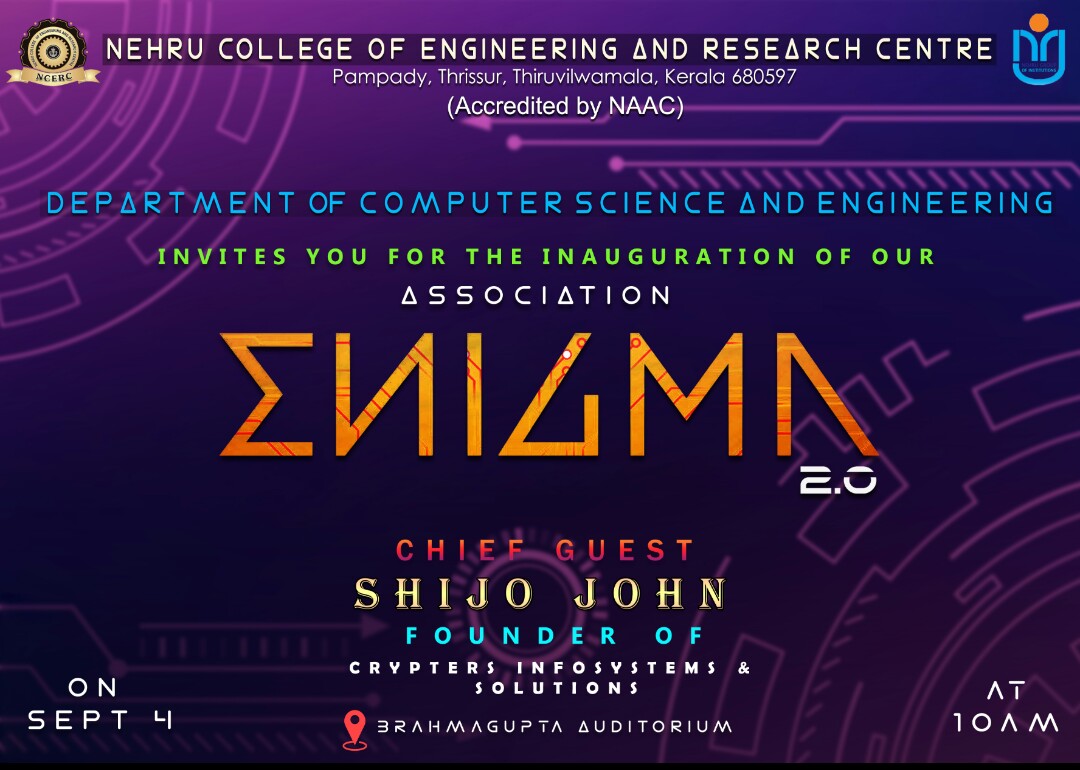