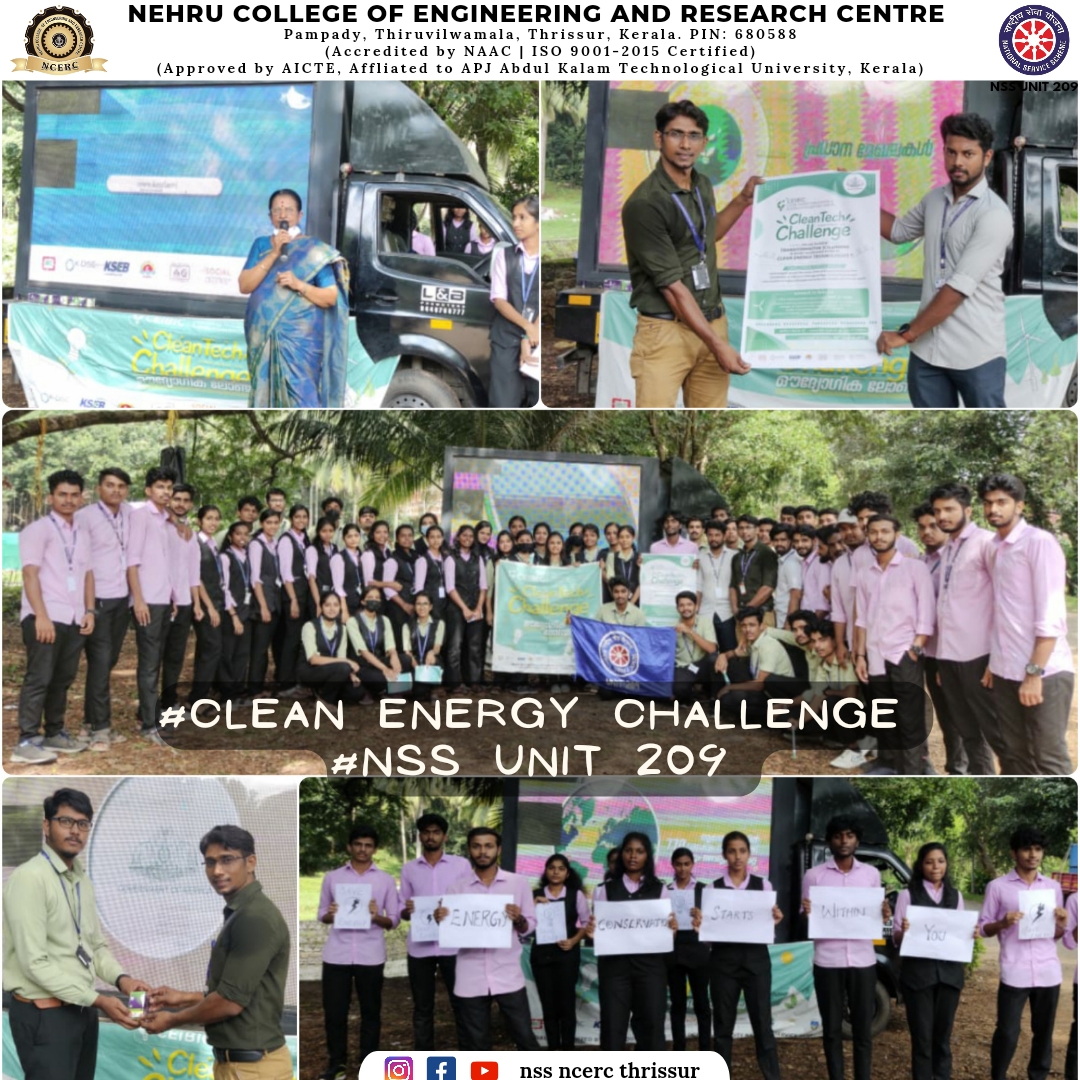 Clean Tech Challenge was conducted at Nehru College of Engineering and Research Centre. A van fitted with an LED display arrived at the college to promote the Clean Energy Challenge, a program jointly run by the State Government's Energy Department and Energy Management Center Kerala. The EMC vehicle was welcomed by the volunteers through a flash mob with the concept of energy conservation. Principal Dr. T. Ambikadevi Amma inaugurated the event.Then the poster program which is a part of the Clean Energy Challenge was handed over to volunteer secretary Sarathchandran M P by the Program Officer Reju Mon.R.Along with this, a quiz competition was also conducted for the B.Tech students based on the topic of energy conservation. The winners were awarded with one LED bulb each. Volunteer Secretary Sarath Chandran MP and Program Officer Reju Mon R led the program.