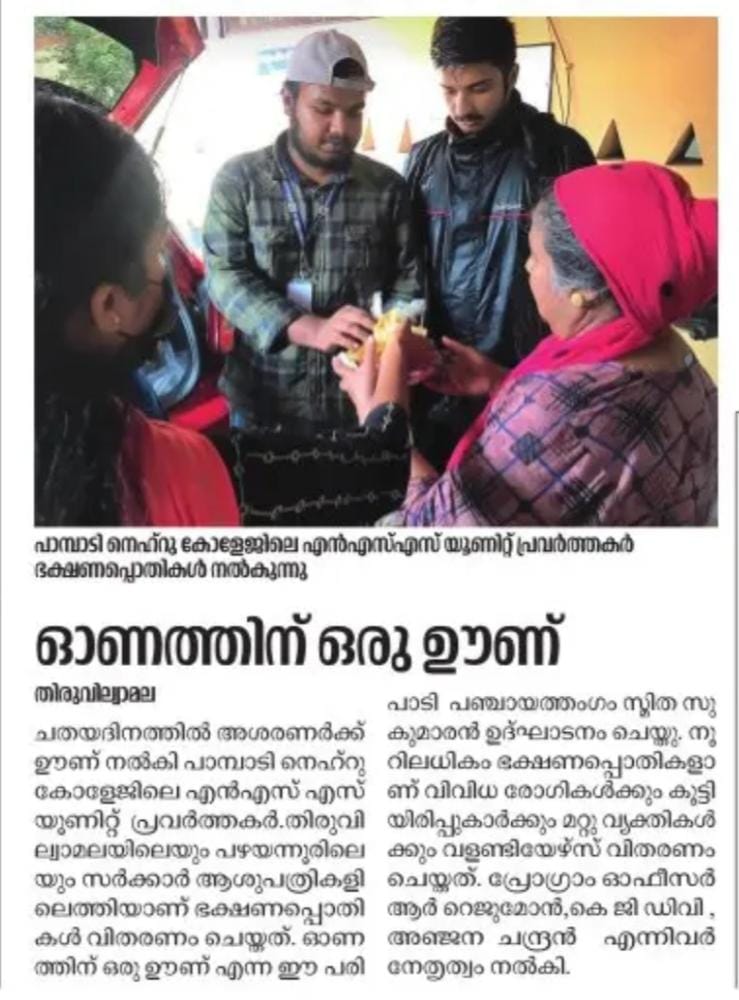 BY NCERC ON September 10, 2022NSS unit 209 distributed food for the indigents

N.S.S Unit 209 Nehru College of Engineering and Research Center Volunteers distributed OnaSadya.The food items brought by the volunteers were packed and distributed to the Thiruvilwamala Government Hospital and then to the Pazhayannur Government Hospital. The official inauguration of the program called "Onathinu oru oonu" was done by former panchayat president and present 4th Ward member Smt. Smita Sukumaran performed by giving food to a patient in the hospital. Mrs. Mini, Head Nurse of Thiruvilwamala Hospital participated in the inauguration. Then the volunteers distributed food to the many patients and other needy people of Pazhayannur Government Hospital.About 100 food packages for various patients and other individuals were provided by the volunteers. Program Officer Mr. Rejumon R, Volunteer Secretaries Divi K. G and Anjana Chandran led the program.